There was a brief moment in time when it was possible to vote for the person rather than the party. When there was still bipartisanship.
That is no longer the case.
As the days go by toward the mid-term elections, look closely at what each political party stands for. Try to see the whole picture rather than being dazzeled by slick TV ads.
From my perch, it looks like the Republican Party cares about business and Trump. On the far right, there is an on-going effort to make the United States a one-party government, or at least make the Republicans a permanent majority. If you want more intrusion into your personal life and less safety regulation on businesses, that’s your party.
If you want less regulation of yourself, but a bit more consumer safety, a path toward a more sustainable world and rational action, take a look at the Democratic party candidates.
There are clear choices this November and they really, really matter.

On the lighter side, folks are having fun with the Comfort Chicken issue. Fried comfort chicken comes up in conversations a lot. A Facebook string brought in other farm animals. We’ve deleted the names, but here are some comments:
“Ok, my teen boys are trying to tell me they saw a large PIG on Goodlet Circle this 11am morning. I asked if it looked like a pet and they said, “I dunno, looked pretty big.” Anyone know about this? HAHAHA! Maybe it’s an escaped Emotional Support Animal? They said it had a harness, but no peeps nearby.

Reply: Surely it doesn’t wander the street unsupervised?! Maybe they didn’t know it was loose. What is it’s name, so I can give it a shout-out if I see it? Him/her?
Comment: Wait you can’t have chickens but pigs are ok?
Comment:I’m not thrilled with any of them. Pigs are the grossest as I remember having to take care of them when I was growing up. Surely you can’t consider pigs as support animals

Reply: I don’t want to cuddle up with either one!!!
Comment: Big difference from a full sized boar...
Comment: i support bacon

Comment: he’s the one who told me, and I said, “are you sure it wasn’t a dog?” And he cracked up and said it was REALLY fat to be a dog. Nope, he was sure it was a pig. B. later confirmed this.

Comment: I don’t think the issue is of pigs, goats, rhinoceroses, chickens, llamas, or sheep. The issue is one of knowingly and willfully breaking Weston city’s laws. Be it short term rentals, open alcohol beverages, or farm animals, these have all been voted against by a majority of the residents or by planning and zoning or by the board of aldermen. To have folks come in, to hear advice to ignore the ordinances, to then go on to thumb their noses at our city government and its citizens is the height of arrogance and self-absorption.

Reply: I agree. Laws are laws, and people can work to change the ones they don’t like. Until then, those laws stand.
Well said!”

Below is an excerpt from Beth's editorial from this week.  The entire editorial may be found in this week's print copy of the Weston Chronicle or online here. 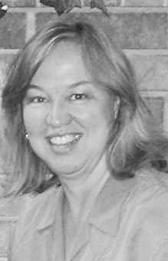